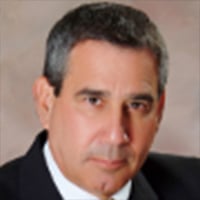 Ken Sanz began his law enforcement career in 1973 as an officer with the Tampa, Florida, Police Department and later became a detective assigned to the Vice Control Bureau and the Organized Crime Unit. It was then that Ken began to focus on criminal intelligence in furtherance of an effort to thwart the aggressive emergence of organized crime cartels, gangs and various other criminal networks in the state. It was during this latter assignment that Ken was appointed as a consultant to a State of Florida Subcommittee tasked with drafting the State’s Racketeer Influenced and Corrupt organization (RICO) Statute.

In 1982, Ken began his service as a Special Agent with the Florida Department of Law Enforcement. Until his retirement in 2007, Ken was actively engaged in the investigation of transnational crime syndicates operating in North and South America, the Caribbean nations, Asia, and Western Europe.

Having pursued a dual major in Political Science and Criminal Justice at the University of South Florida and now as a Certified Instructor by the Florida Criminal Justice Standards and Training Commission, Ken has instructed for many city, state and federal law enforcement agencies, academies, colleges and universities throughout North America, Europe and Asia. He has also coordinated intelligence seminars for INTERPOL in Lyon, France, and for the joint US/People’s Republic of China Organized Crime Conferences on Asian Organized Crime held in Beijing. Ken has also worked with the International Criminal Investigative Training Assistance Program (ICITAP) to develop Criminal Intelligence Training Standards for the municipal and national police services in Columbia, South America.